As was described in Part I of this article [1], VIC has a systematic and thorough technology assessment process. We also have extensive experience negotiating licenses for the technologies selected as the intellectual property (IP) foundation of new companies that we form. Intellectual property is a broad term used for patents, copyrights, trademarks, trade secrets, industrial designs, and practical know-how, used to protect inventions and other valuable intangible assets of a company. A strong IP foundation is essential to a technology-based startup’s ultimate success, particularly in the life-sciences sector. Potential future acquirers of the company will weigh the strength of the IP and the barrier to others copying the innovation that the IP foundation represents. In the case of licensed IP, a well-negotiated license agreement is equally important.

It is important to ensure that the terms negotiated do not overly constrain future investment and exit opportunities for the startup while, at the same time, providing good upside for the licensor. VIC primarily licenses patents into our new startups from universities and national labs. Herein, we will discuss the licensing terms from both the perspective of the university Technology Transfer Office (TTO) and the startup. University TTOs often seek to license technologies to larger companies that can pay significant upfront fees. However, most technologies available for license are at a very early stage which significantly limits their appeal to larger companies. Therefore, many universities have focused on licensing to startups (Fig. 1).

TTOs have varied perspectives on licensing terms, although they typically operate within similar boundaries. We asked Lauren Foster, Director of IP and Strategic Alliances at MIT, to share her perspective. She says that exclusive licenses incentivize entrepreneurs and investors to do the “valley of death” work, which involves risky technology validation and scale-up for pre-clinical technologies before a large company gets interested and either partners with or acquires the startup. She also said that TTOs are typically flexible with license terms but the most crucial characteristics in a licensee are their commitment, financial bandwidth, and technical expertise to diligently develop the technology. They also consider the licensee’s ability to identify the right manufacturing and distribution partners to maximize the impact of the technology on public health.

Fig. 1. The typical process of university technology licensing (left) and a graph showing that the number of startups created based on university-licensed technologies has more than tripled in the last 20 years (right) [2].

VIC’s experience negotiating license agreements, our technical expertise and commercialization experience, and the ability to put capital into every new company formed, makes us a favored partner for many TTOs with whom we have built relationships over time. However, we still have to reach mutually agreed-on license terms each time. From our perspective, the agreement terms must consider the many risks, the large amount of capital, and the significant time required to bring forward the life science technologies we are interested in. From the TTOs perspective, the license must provide a proper level of reward for the invention. In addition, it must have terms that ensure a strong commercialization effort is maintained and milestones are being reached.

Executing win-win license agreements is critical. The interests of all stakeholders (startup, investors, inventors, TTO) must be taken into account and each entity benefit from the commercialization of the technology. A clear understanding of the current state of development of the technology, its market opportunity, and an estimate of the further work and capital needed to commercialize the technology facilitates reaching mutually agreeable terms. Some of the terms to consider when executing a license agreement include:

What is the “scope” of licensing rights?

“Scope” includes fields of use, target applications, territories and markets (worldwide or specific countries/regions) and exclusive vs. non-exclusive license. For a startup, an exclusive license, at least within defined fields of use, is essential for the foundational IP of the company. Without exclusivity, it’s unlikely that the given company will be able to raise the needed capital. For most university TTOs, exclusive arrangements are understood to be necessary for startups, so that is rarely an area of disagreement. However, federal lab TTOs sometimes push for non-exclusive licensing and VIC has had to walk away from some potential opportunities for that reason. 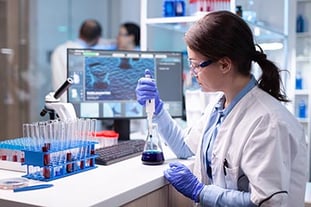 Fields-of-use and rights over improvements or technology refinements are areas where negotiation is more often required. The licensee typically prefers all fields of use and to receive broad rights to future new variations and improvements made to the licensed IP at the licensing organization. Conversely, the licensor commonly wants to limit the license to specific fields of use and not provide rights to improvements. In our experience, negotiating rights to potential future improvements can be one of the trickiest areas to negotiate mutually agreeable terms. The startup needs to ensure that the IP they license doesn’t become reduced in value or even obsolete due to continued work on the technology at the research organization. However, universities reasonably do not want to give a “blank check” to all related future research. After a period of time, the startup will typically extend its own IP base with internal work. But, in the early years, it sometimes makes sense to put in place a sponsored research agreement with the university that stipulates exclusive licensing rights to any new IP resulting from those grants. Tod Woolf, Ph.D., Executive Director at Technology Ventures, Beth Israel Deaconess Medical Center (BIDMC), shared that granting rights to improvements made during joint technology development over the course of a couple of years after the license agreement has been executed is reasonable. However, this arrangement cannot last forever and the startup has to take the onus expanding its intellectual property foundation.

Cash is precious in a startup, so the initial investor cash must be focused on the most important de-risking and product advancement steps. Sometimes there is a role in the university research lab for that and sometimes not. Rights to future improvements can also be negotiated through subcontracted non-dilutive funding such as SBIR and STTR federal grants. Furthermore, the inventor or the scientific lead at the institute, whose technical expertise is usually beneficial to the startup in the long-term, is incentivized for their continued engagement with the startup through equity ownership and consulting arrangements.

Up-front fees: Most research institutions expect significant upfront fees when licensing to a large company. For licensing to startups, expectations vary widely. VIC has walked away from potential licenses due to what we view as unrealistic expectations on upfront fees. We may be willing to pay a small upfront fee in some cases. However, it is essential to the success of the startup that initial funds are used to move the company forward. Most TTOs understand this and do not insist on the license including significant upfront fees. Instead, they may take a small equity position in the startup, that they would not receive in licensing to a larger company (i.e., in the relatively rare case, the technology is far enough advanced to attract a large company licensee) to provide additional upside.

Patent expenses: Understandably, TTOs seek to have their patent expenses fully paid by the licensor. We always agree to pay all patent expenses. It’s simply a cost of doing business as an IP-based company. The only point of negotiation is timing. If the previous sunk costs are modest, they will be paid upon execution of the license. However, if they are substantial, such that they would significantly impact the ability of the startup to do the proof-of-concept and de-risking work needed to drive additional investment, then we will seek agreement to pay the previously incurred costs on a schedule rather than upfront. Typically, mutually agreed terms can be reached on this. 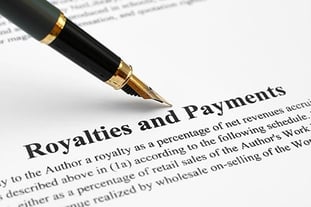 Royalty rates: Royalty rates are typically set based on a percentage of net sales (e.g., gross sales minus returns and allowances) of the ultimate product. Almost all license agreements specify net sales rather than profit because there are many ways to manipulate stated profits in a company, but net sales can be more firmly established. Expectations vary on the royalty rates. In VIC’s experience, reaching agreement on royalty rates can sometimes be challenging. We do have the advantage of having negotiated many agreements from many different research organizations. Thus, we have our own experience and views on what is “normal” for a royalty for a given class of products (e.g., therapeutics, medical devices, etc.) and stage of development at the time of license (e.g., concept only, lab prototype, in vitro data, animal trials, etc.). We also have experience on what level of royalties may be problematic in terms of acquiring investment and ultimate acquisition of the company. The two most common reasons for us to walk away from a potential license are disagreement on upfront costs and royalty rates. We asked Tod Woolf from BIDMC to share his perspective. He says that royalty burdens can be adjusted based on time-to-market, potential exit valuations, and field. Royalties are typically higher for software (featuring high gross margins) and products such as reagents (which have lower development costs and faster time to market) and lower for therapeutics and FDA Class III medical devices with higher development costs and longer timelines to get to market.

Minimum annual royalties: Minimum annual royalties are usually included in the agreement because, for the licensor, this contractual obligation is a way to ensure that the licensee will continue moving the technology forward to commercialization and will not ultimately shelve it while keeping the license. A minimum royalty payment schedule also allows the licensor to establish the low end of their return expectation for licensing the technology. From the licensee’s perspective, as long as the minimum royalty payments schedule is based on realistic estimates of the go-to-market timeline, having a schedule of minimum royalties is perfectly acceptable. Usually, a schedule is set where, for the time estimated to get the product to market, no minimum royalties apply and then a schedule of minimum royalties is set. The schedule typically starts at modest levels and grows to a maximum value over 3-5 years. Generally, the primary area of disagreement is what level of minimum royalties should apply and the timing for beginning them. The licensor often wants higher minimums starting sooner than the licensee may think is realistic or reasonable. The licensee seeks to keep the royalties at lower levels based on conservative timelines for market penetration. If one uses a best-estimate timeline rather than a conservative timeline, any unexpected delays may cause the minimum royalties to start applying before the company gets the product to market. This can be a severe blow to the company’s prospects as minimum royalties start piling up at the same time the company is needing more cash to overcome the unexpected problem. And, let’s face it, most product development expected timelines are not met because it is hard to predict from the outset what issues may come up. In negotiating the license, a compromise on both sides on the timeline and minimum royalty levels is often necessary to get a deal done.

Negotiating a license agreement almost always requires some compromise on terms from both the licensor and the licensee. We have described above some of the more common points of negotiation. In VIC’s experience, TTO’s are typically flexible enough that mutually agreeable terms can be reached.