It is now March 2021, and nine months after writing this piece below, saying that things have evolved would be an understatement. Focusing on the positive progress made to date, we have three approved vaccines in the US, and there is cautious optimism that the majority of the population will be immunized by mid-year. One of the trends mentioned below--biotech funding hit record highs during the first half of 2020--has only accelerated. According to Bay Bridge Bio, "Biopharma startups raised almost as much in January 2021 as they did in the entire first quarter of 2020 ($3.4b in January 2021 vs $3.6b in Q1 2020). If this level of investment continues, over $40b will be invested into biopharma startups in 2021. To put that into perspective: $22b was invested in biopharma startups in 2020 (which was the biggest year ever for biopharma venture investment) and $5.1b was invested into biopharma startups in all of 2013." It would appear that my hopeful sentiment that there is a newfound appreciation for scientific innovation is not just a blip on the radar, but a longer-term trend that will be with us for the foreseeable future.

As of writing this article, it’s mid-July 2020, and the uncertainty around the long-term impact of the COVID-19 pandemic continues to grow. As with any new virus, its behavior is unpredictable, and this is even more the case given its genetic material is RNA, which is highly prone to evolving and adapting through mutation. This fact has been borne out by the rapid increase in the number of new infections in the US, but with lower overall mortality.

When the SARS-CoV-2 virus started spreading globally, I was in a unique position—as both an infectious disease expert and a healthcare investor—to watch human behavior kick in and effect the wild swings in the public stock markets, without any real rationale for which stocks were being impacted. It wasn’t until the dust (relatively speaking) settled, that the shares of Companies likely to suffer the most from reduced travel, tourism, and energy consumption saw real-world-driven ramifications.

So what is the upside—if any—of all of this turmoil? As one source succinctly put it, “Despite the big challenges posed by the crisis, there are undeniably some silver linings. Citizens have rarely been so eager to hear what scientists have to say, with many traders’ watchful eyes glued to biotech stock charts. Scientific information will probably become a bigger mass media priority, and audacious investors will concentrate more on life sciences companies.” [labiotech.eu/medical/biotech-stock-coronavirus/] Although, it's unclear to what extent it can be attributed—at least in part—to the pandemic, or instead reflects previously established momentum, biotech funding hit record highs during the first half of 2020.

To put it another way, this increased awareness of science-based investment—in combination with an already existing trend toward a focus on health span and prevention of disease rather than mere treatment—is likely to drive substantial increases in investment and innovation in health-related technologies. It also has made clear that many of the organizations that will have the greatest chance of addressing the current, as well as preventing future global turmoil caused by pathogens, are not publicly traded. 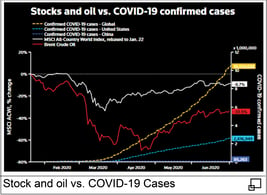 In an earlier article “New Paradigms of Life Science Investing,” I briefly touched on the concept that an increasing percentage of the world’s population is investing in a dwindling number of publicly traded stocks, creating a situation in which these shares are oversubscribed and overinflated, and thereby diminishing the potential for significant value growth. Even NASDAQ itself recently stated that, “Despite the improving sentiment as the global economy tries to put the pandemic in its rearview, the stock market was starting to get out over its ski tips. This likely means we are seeing a disconnect between the stock market rally and economic and earnings prospects. That disconnect is highlighted by several US equity indices nearing in on prior record levels even though consensus EPS expectations for the S&P 500 calling for less than 1% EPS growth over the 2019-2021 time frame. In our view, investors are becoming far more selective. We also think the upcoming June quarter earnings season will set the market tone for the coming months and we would not be surprised to see investors look to protect robust second-quarter gains associated with the market rebound before then.” [nasdaq.com-growing-disconnect-between-market-rally-and-earnings-prospects] 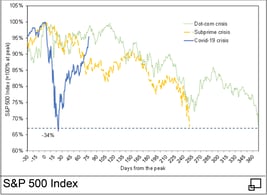 Beyond stocks, other traditional channels include cash, bonds, and real estate, each of which—it might be argued—will be adversely impacted in the current environment as well. Alternative asset classes, such as private equity, hedge funds, private debt, venture capital, infrastructure and natural resources, are inaccessible to the vast majority of individual accredited investors. Participation in these vehicles is typically restricted to corporations, foundations, pension funds, family offices, and other entities with tens or hundreds of millions of dollars to put to work.

To establish some context, it is worth highlighting the following concepts:

With this in mind, what are the options and considerations for accredited investors wanting to diversify their portfolios? To delve deeper into this topic, I asked Kalita Blessing, Wealth Advisor at Quest Capital Management to provide her perspective. “During this crisis, we've experienced unprecedented market volatility both in the traditional asset classes of fixed income and equities, but also volatility of flows in and out of money markets particularly in March before the Fed provided an array of credit facilities. We’ve always recommended an allocation to alternative investments regardless of which strategy our clients pursue according to their stated Investment Policy. Given the recent extremes in volatility, we have made defensive moves to mitigate risk exposure both in fixed income and in equities, but we've kept the allocation to alternatives intact. We believe alternatives still provide needed diversification and more importantly a measure of risk mitigation. Alternative investments as an asset class, especially futures, generally held up In the 2008-2009 crisis. Since then advisors have seen exponential growth in the alternative asset offerings both in ‘40 act funds (a pooled investment vehicle offered by a registered investment company) and in LP formats. Sadly, as a broad asset class, these offerings have not performed as expected compared to the HFRI benchmark during this last decade. It goes without saying that more due diligence is needed in this asset class so that the goals of diversification and risk mitigation are more likely to be achieved.”

If anything, I hope that a major outcome of all of this will be an urgent desire to identify and access unique and exclusive asset classes, specifically with newfound appreciation of the need for continued healthcare, life science, biotechnology and related (i.e. science-driven) innovation, the bulk of which are likely to be created by small, nimble, entrepreneurial entities and not the large, publicly listed companies. If we’re lucky, it will also impress upon everyone the longer-term horizons necessary to create real solutions so that we are better-prepared for the next threat to global health, no matter what it might be or where it comes from.